A New Year’s resolution all about meat 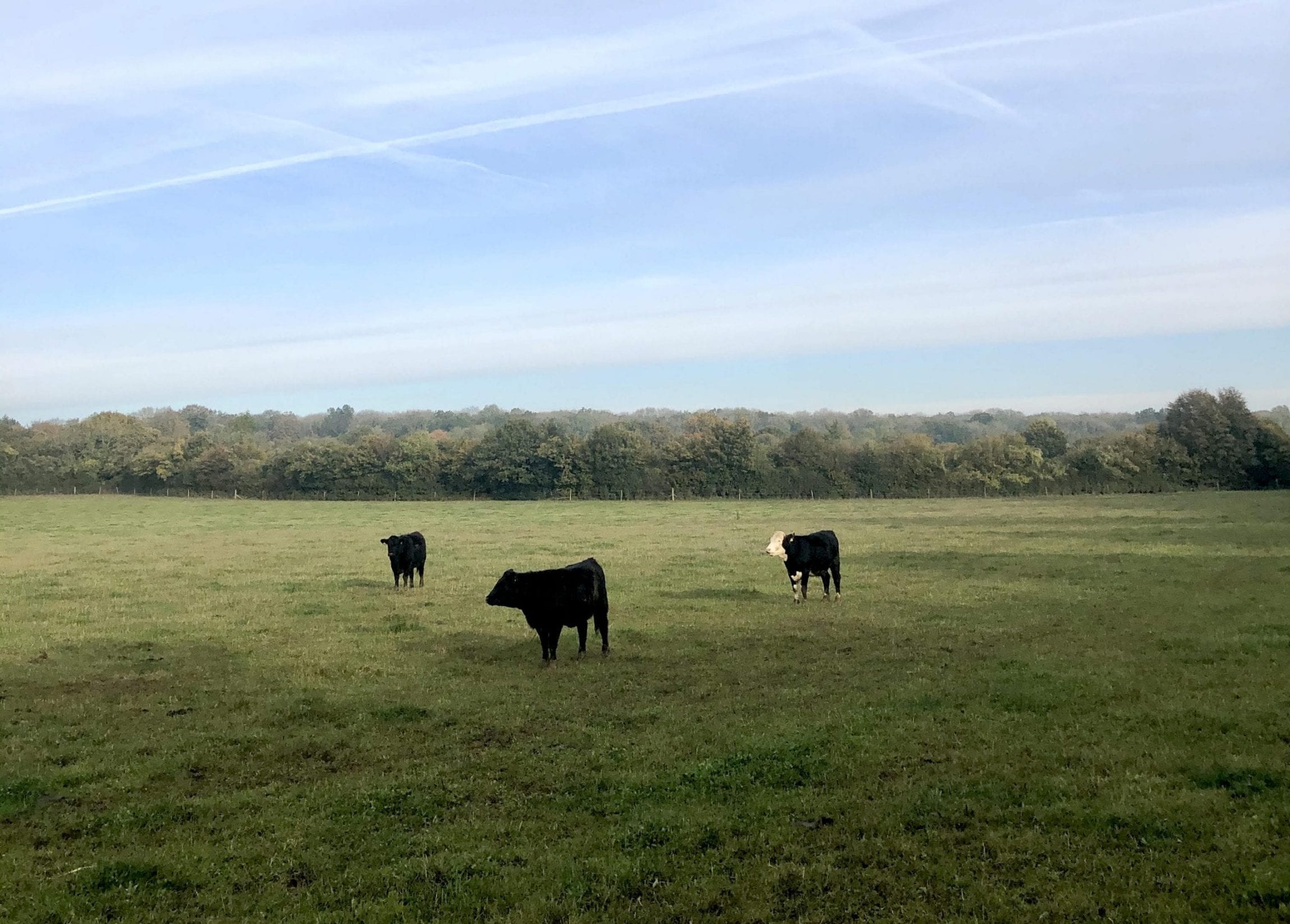 January is about reflection and goal setting for the year ahead. Many of my musings recently have been regarding the press and their portrayal of livestock farming and the environment. The key message has been that we need to eat less meat as intensive farming practices are ruining the world’s habitats. I couldn’t agree more on both those conclusions but where I feel slightly aggrieved is that much of the media stops short of providing us on how to eat less meat and what meat we should be choosing. There are many alternatives to intensively reared meat, and some that actually help to regenerate our land, especially in this country.

Is Vegan the answer?

If we are to eat less meat as a population, we need to seek other food sources for our macro and micronutrient needs. In a nutshell (pun intended) this will need to be primarily sourced from plants. We need to take great caution over a diet switch that has developed our species over the last two million years. It is true that growing plants could be considered much more of a ‘green process’ than intensive meat production. However, meat production has only become intensive and damaging because we, as a population, have decided that we want more meat and we want it cheaper, regardless of the negative environmental and health consequences. We are waking up to these consequences now, which can only be a good thing, but there is a danger that we walk into another trap, laid by the huge marketing budgets of the corporate world that see the word ‘Vegan’ as another brand they can invest in. What we could be left with is more of our natural resources wiped out to feed our new insatiable appetite of soya, avocados and oat milk for example. Intensive livestock farming will just make way for mass monocultures of plants, which again is a negative for our natural flora and fauna.

So what’s the answer? Like with anything in life, too much of one thing is bad. I always feel that secret to everything lies in a balance. A balance of work and leisure, rest and exercise and crucially here, meat and plants. Less meat (2-3 cuts of meat a week which could provide much more than 2-3 meals when treated and cooked with skill and knowledge) and more plants. But the decision shouldn’t be made there. What’s more important is the meat we then choose to buy.

Our climate in the UK is perfectly suited to grow grass. We are one of the few countries in the world that can so easily. That’s why much of UK beef and lamb is pasture-raised, not fed on grain in intensive feedlots. Hartley Farm has recently signed up to the Pasture For Life Association which means our cows eat nothing but grass for their entire life. No imported soya, no grains redirected from the human food chain. Rearing ruminants like cows and sheep on pasture can have a regenerative effect on soil, increasing species diversity, building soil structure, sequestering carbon and naturally fertilising as they go. There is a great blog by the Smiling Tree Farm on the process of this. So to generalise beef production globally I feel is slightly misleading. As the saying goes, it’s ‘the how not the cow’.

So, where you can, buy meat that is reared and produced in this country, that will go a long way. To go one further, seek out those farms that are pasture-based, that produce food symbiotically with nature and that care for such issues. We are lucky to have many farms that sell directly through farm shops, farmers markets and online, so find those that do and build a relationship with them. The meat you do buy will be a great deal tastier and nutrient-dense than the mass-produced commodity that is readily available in certain supermarkets. Not only this but if you have paid a little more for it, you will value the cooking and eating of it much more, make use of the leftovers and the freezer to ensure all the effort gone into producing it doesn’t end up in your kitchen bin.

Feeding 11 billion people by the end of this century

“But we can’t feed the world through production from small, family farms” I hear many people say. Perhaps that is the case. However, at the moment, one-third of all food produced is wasted. Whether that’s through farming practice, food not hitting supermarket standards or poor buying decisions and cooking knowledge at home and throwing surplus or out of date food away. So producing enough food isn’t really the only problem, the distribution and wastage of food play a huge part, which is another matter that needs just as much of our attention. It is expected that global population will peak at around 11 billion people by the end of the century, we have a big challenge ahead in feeding the population healthily and feeding our natural resources in order to have a planet to live on.

It’s a fascinating subject that drives my curiosity at the moment. Much has to change and it’s not just on the farm. Habits need to change at home and policies need to change globally to feed the population but, just as importantly, rebuild our natural habitats.

On our farm, however, we are starting out on our own journey. This year will see us plant many more native trees on the farm, sow diverse grasses, legumes and herbs into our pastures and set aside unmanaged areas of the farm to let nature flourish. All of this whilst producing organically grown fruit, vegetables and salads, honey and 100% grass-fed beef to start with. I personally feel its the future of productive farming and looking after our soil. I also plan to share much of this journey through farm walks and tours, our newsletters and social media so stay tuned for an exciting year ahead!

If this subject fascinates you as it does me, listen to this great podcast by Joe Rogan interviewing a much more knowledgeable farmer than myself, Joel Salatin. He describes the issues we face and the solutions brilliantly and is a living example of how it can be done. His methods are both an inspiration and an aspiration for me and my family farm

All the best, Tom.